I've been craving burgers a lot lately. So on Sunday, I actually had TRIPLE O's (with a lardy poutine to go with my mushroom burger) because I desperately wanted a taste of home. Random fact: did you know that White Spot/Triple O's is only in two places in the world - Western Canada and Hong Kong? I thought that was a bit strange, but anyway, every time I see the Triple O's logo in Hong Kong it's like a comforting reminder of Vancouver.
Today, my burger craving still hadn't gone away. So after a tiring day at work, I went alone on my very own HAMBURGER HUNT, in search of a Japanese fast-food chain called MOS Burger. After about half an hour of wandering (and almost settling for McDonald's instead), I finally found it. I promptly ordered two burgers: a Saku Chicken burger and the original MOS burger. The one below is the Saku Chicken... that's my favourite so far and I've had it a couple times ever since I discovered this burger joint. 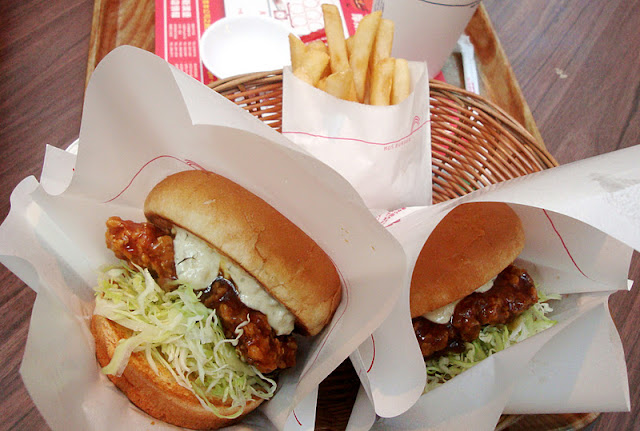 I got take-out and then found a quiet spot by the side of the road and ate by myself like a creeper. But it was heaven - just me and my burgers. A man who passed by gave me a really weird look - but I was too busy gorging happily to care. 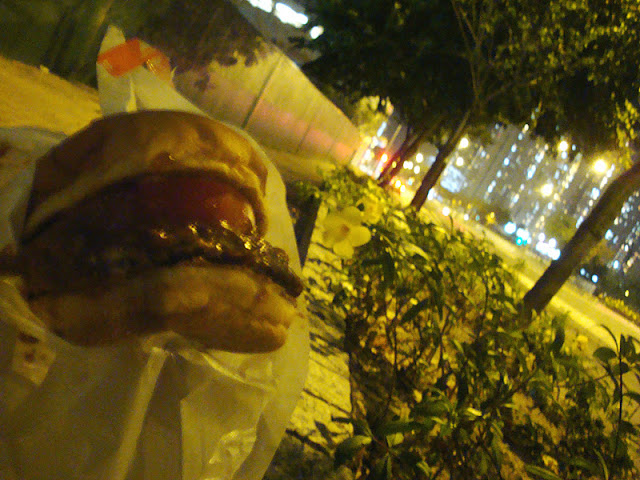 After the two burgers though, I still wasn't quite satisfied. The second burger had been a bit cold which was slightly disappointing. Actually it was so disappointing that I determined to go back and get a piping hot burger. So I walked all the way back and bought a third burger. I wanted to try something new so I ordered a "Rice Burger"... which didn't turn out to be a real burger at all - it was actually a meat and vegetable filling wrapped in two giant rice patties (instead of burger buns). I have to say though that it was actually good... 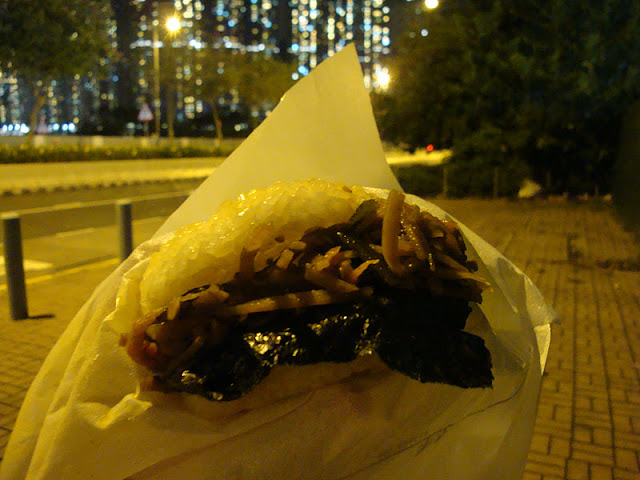 And of course, a triple burger run isn't complete without DESSERT. I can never resist ice-cream! 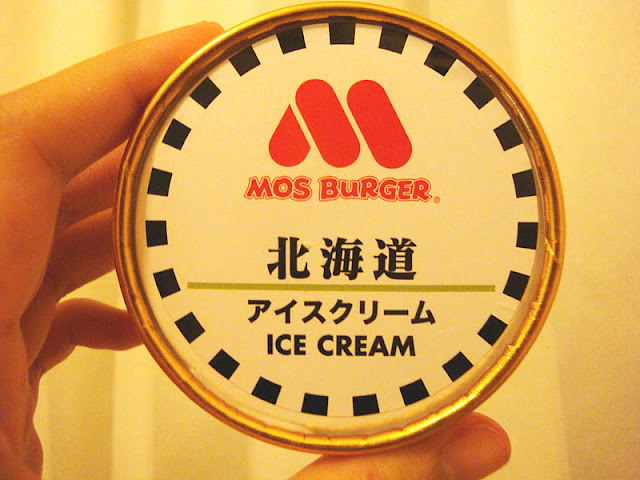 So in the end, it was a very happy little solo adventure indeed with two of my favourite things in the world... burgers and ice-cream!!! 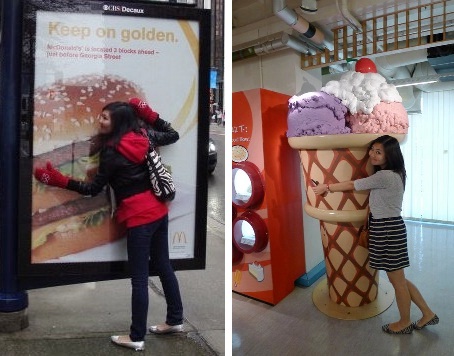 I just wanted to share my wonderful food escapade with you all because it made me very happy indeed. So I wanted to share that happiness... and possibly pass on my hamburger craving to you all. haha.
Happy Hamburger Hunting!