Last month during Spring Break I took a little one-week vacation to Singapore! So here are some pictures of the trip + random commentary to go with it as I try to take on the role of a pseudo-tour guide. For those of you actually FROM Singapore, you tell me if my representation of your city is correct. HAHA.

Having lived in Hong Kong for the past few months - in a room that is only slightly bigger than a closet - I've come to appreciate SPACE. In Singapore, so many of the apartment complexes look like vacation resorts!

The first thing we did was...EAT. Randy and I went to the local mall and ate at a casual outdoor foodcourt. Street-food stalls in Singapore are called "hawkers" (at first, when I heard people saying it with an accent, I thought they said "hookers"... hence super awkward phrases such as, "Let's eat at the hookers")...

On one of the first days, we took a stroll near the Fullerton Hotel, which his across the bay from Marina Bay Sands (one of Singapore's famous hotels... more on that later)...

As we were walking, we noticed a street stall selling ICE-CREAM. But not just ANY kind of ice-cream. They call it "Dirty Ice-cream" and it is soooooo delicious. And don't be fooled by its name - it is hygienic (I think). Basically, it's a thick block of frozen ice-cream between either a slice of white bread or two crispy wafers. I chose the strawberry marble ice-cream between wafers since I don't really like the thought of soggy bread.

Here, the woman is constructing my dirty ice-cream wafer sandwich...

You may laugh but seriously, this was one of the HIGHLIGHTS of my trip.

I clearly remember just walking around the bay and non-stop smiling for 5 minutes because of the ice-cream. Inside the Fullerton Hotel, we stopped by the dessert counter...

Randy tried a giant pistachio macaron, which in my opinion, tasted like playdough. haha. Many people have told me that when you go to Singapore, you want to eat at the cheap shady-looking places on the street because even though it seems sketchy, the food is actually better than the overpriced stuff they serve at hotels and fancy malls.

As we continued along Marina Bay, we encountered an interesting structure reminiscent of either a metal durian or a very large and indestructible porcupine.

It's actually called the Esplanade which houses a concert hall and a theatre. How did I find this information? I googled "Singapore Durian Building" ... and ACTUALLY - fact of the day - locals really do call it "The Big Durian".

Near Marina Bay, we saw the famous MERLION statue, which has the body of a fish and the head of a lion. It's supposed to be a national mascot of sorts for the city of Singapore... aka. thriving tourist attraction and a great excuse to sell iconic Merlion merchandise.

Here we are with Randy's family... (I wasn't sure if they'd want to be featured on the blog, so I gave them colourful happy-faces instead... which is pretty similar to their actual expressions in the photo anyway...)... haha. Oh and that's the Marina Bay Sands Hotel in the back, looking like a long whale of a cruise ship docked on top of three separate buildings.

At night, we feasted on two types of crab - if you like seafood and you're in Singapore, you HAVE to try these two dishes...

During our trip we also had a whole bunch of desserts. The one on the far left is a snow-cone type dish with neon syrup drizzled on ice. The one in them middle is a coconut milk "dessert soup" ...

...and the other odd-looking one is ice + coconut milk + tapioca balls + grass jelly + syrup (which I guess is basically a random mix of everything)...

On another day, we went to the mall located inside Marina Bay Sands.

We were actually there for THE FOOD since everything else being sold in the mall was unaffordable.

These XIAO LONG BAO dumplings were delicious though!

And of course, no meal is complete without ICE-CREAM.

Outside there was a huge man-made whirlpool. I wonder what would actually happen if someone fell in?!

Every night, they have a LIGHT SHOW by the water featuring all these random laser lights and holographic images projected in the air. I have to say, it's worth watching at least once!

The picture below reminds me of DRAGONBALL Z for some reason.

Afterwards, we actually went up to the TOP of Marina Bay Sands where they have something called the SAND SKYPARK.

The Sand Skypark is basically a lounge/bar area with a swimming pool that has a vanishing edge dropping off the side of the building.

Usually, only hotel guests have access to this rooftop lounge... but we have our ways... mwahahaha...

Another tourist attraction I would recommend is the Singapore Flyer aka. The World's Largest Ferris Wheel.  If you're interested in gorgeous aerial scenery, I would definitely try the half-hour ride. In my opinion, I think it's more worth it to go at night when the whole city is a sea of neon. 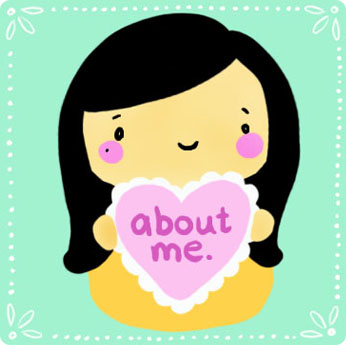